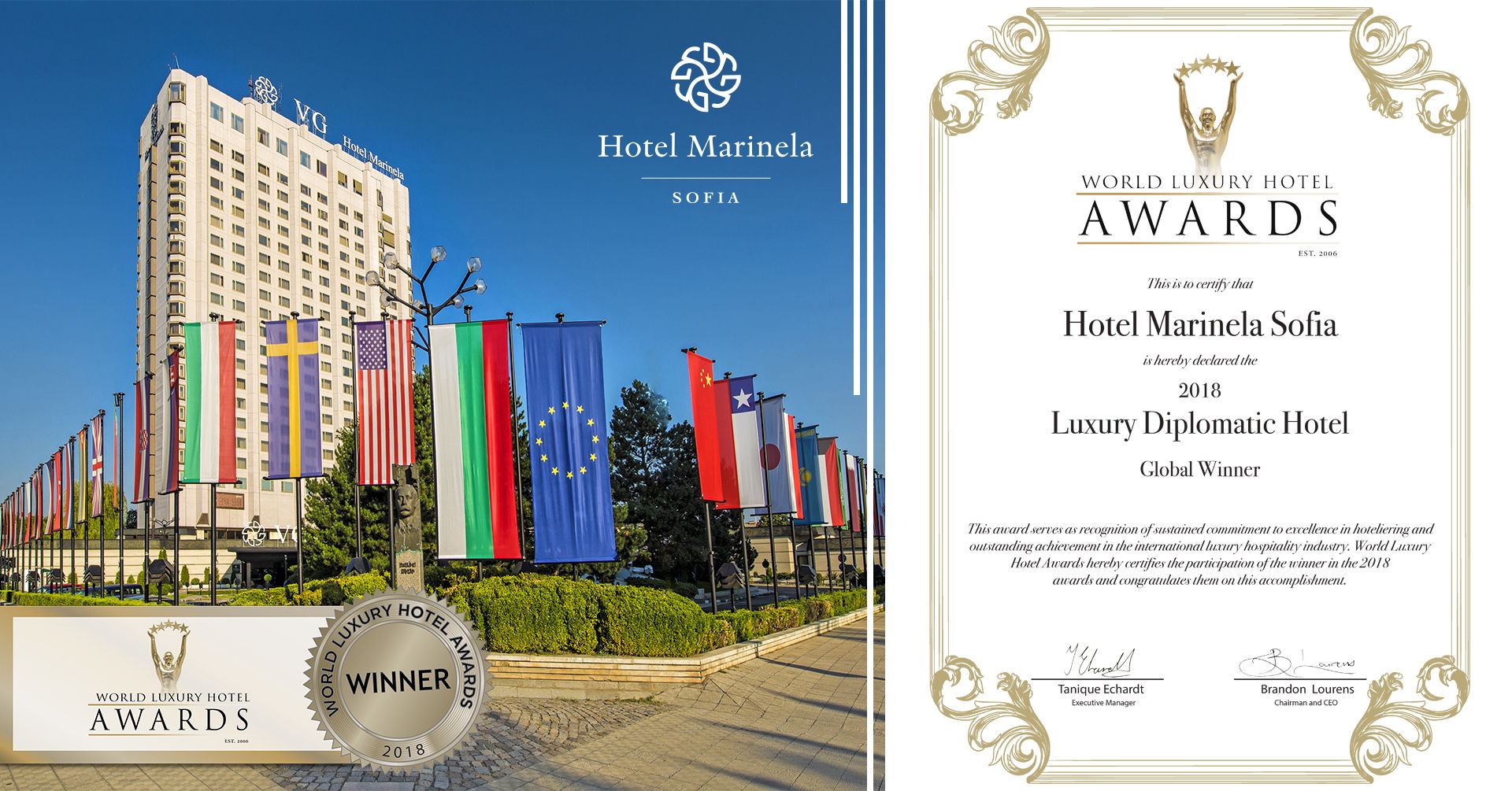 During the event of the twelfth anniversary of one of the of the most prestigious awards in the filed of international luxury tourism – the organization World Luxury Hotel once again awarded the emblematic Hotel Marinela Sofia.

The recognition achieved this year by five-star Hotel Marinela Sofia is “Luxury Diplomatic Hotel” of 2018.

The ceremony took place on the exotic island of Bali – one of the most popular tourist destination in recent years.

Representatives from more than one hundred countries participated in the annual competition. The World Luxury Hotel Awards is a recognized global organization providing luxury hotels with recognition for their world class facilities and service excellence provided to guests.

Despite the huge competition, Hotel Marinela Sofia received another recognition from the prestigious forum.

The award for Hotel Marinela Sofia comes after the arrival of the European political and diplomatic elite during the rotating presidency of Bulgaria at the Council of the European Union in 2018.

Among the guests of the hotel were European Council President Donald Tusk, European Commission President Jean-Claude Juncker, President of the European Parliament Antonio Tajani, High Representative of the Union for Foreign Affairs and Security Policy Federica Mogrini, and many others.

The team of Hotel Marinela Sofia is grateful for the World Luxury Hotel’s high recognition and holds out the promise to carry out the mission of taking care of its guests according to the highest criteria in the segment of world luxury tourism.